Fortnum & Mason – The Art of Christmas

Fortnum and Mason asked us to interpret the theme being used in their window displays and create a show stopping feature in the Atrium – which had to be striking on each floor as well as from above and below.

Mood images and concepts were supplied by Paul Symes and Sallie Smith at Fortnum & Mason. Marc Pollington, DZD Head of Design, devised the concept and prepared visuals and then worked alongside the DZD Bespoke team to create a mock-up of the design.

The installation was constructed in three sections, each one an individual chandelier. The main framework of the scheme was our stock sable fir wreaths which were connected with catenary wire.

Most of the decoration was from DZD’s stock range, complemented by a selection of bespoke lacquered fruit made exclusively for Fortnum.

The scheme was then installed over one night, allowing for a dramatic reveal of the completed display.

We were so pleased with Fortnum’s reaction to the finished display and thrilled when the install went on to win Most Outstanding Feature at the VM&D Awards. 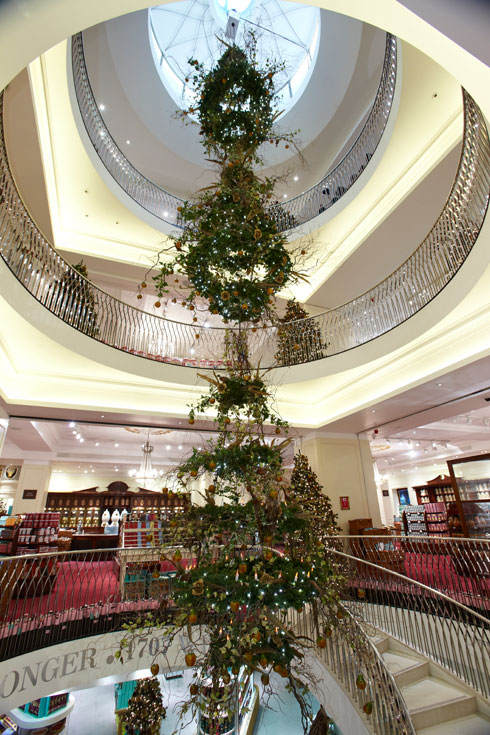 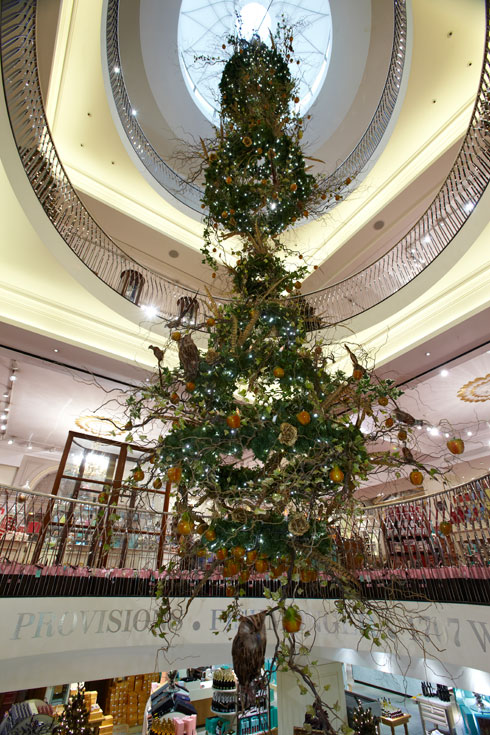 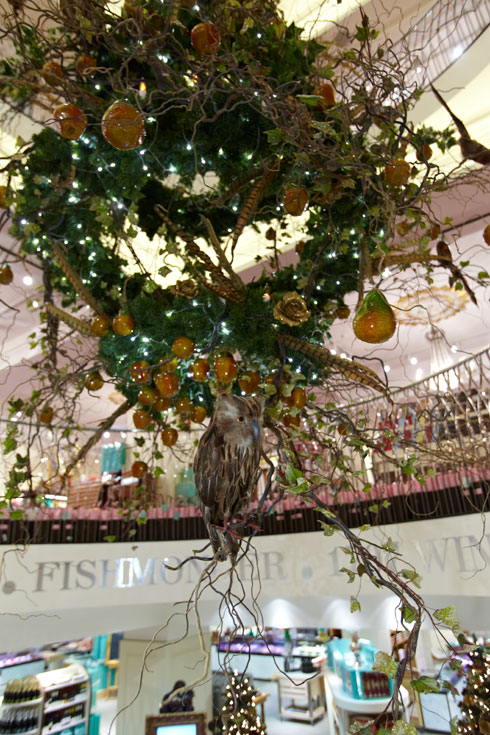 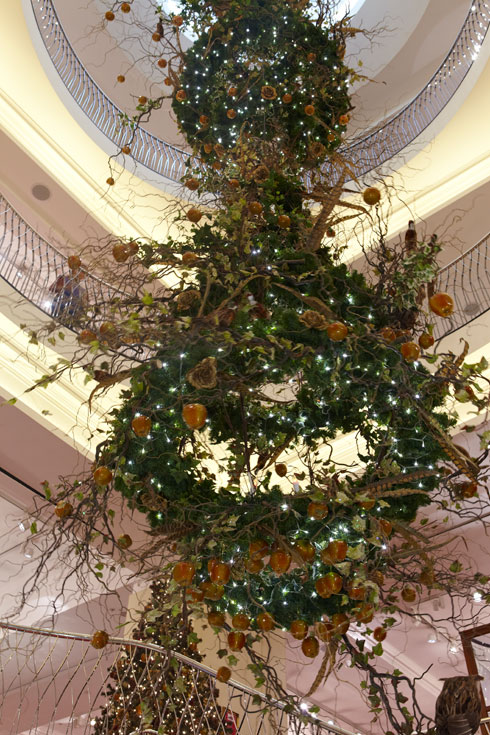 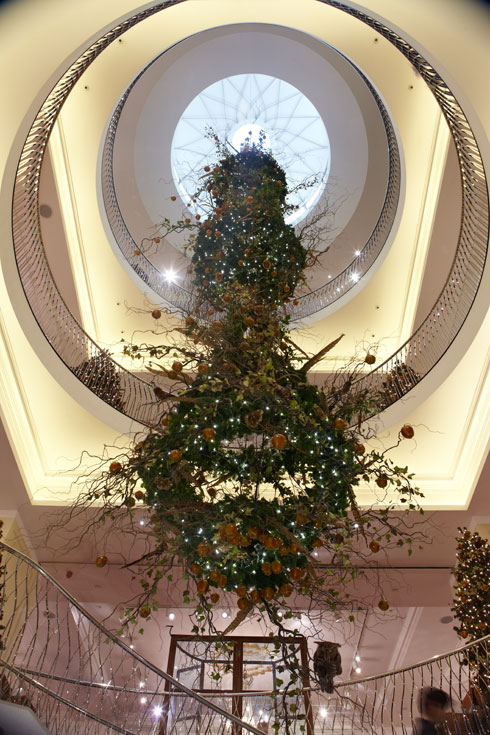 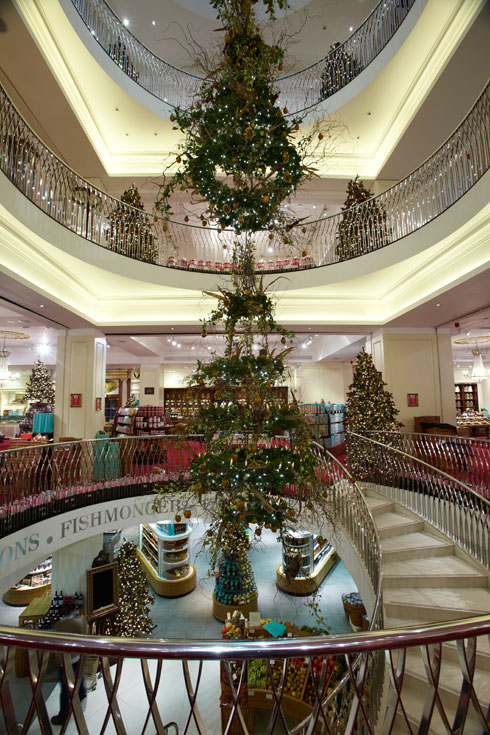 Established in 1989, DZD is one of the leading wholesale, business to business, display and visual merchandising brands in the UK.